Beaujolais Nouveau - The Art of UnWine

It's the third Thursday of November which means it's Beaujolais Nouveau Day!

What is Beaujolais Nouveau Day you ask?

Beaujolais Nouveau Day is marked in France on the third Thursday in November with fireworks, music and festivals. Under French law, the wine is released at 12:01 a.m., just weeks after the wine's grapes have been harvested. Parties are held throughout the country and around the globe to celebrate the first wine of the season.

It is a cherry-red/violet coloured wine that’s best served slightly chilled (30 min fridge). It is not for decanting, analyzing or being serious. This fresh and fruity red made from the Gamay grape is the result of a quick fermentation process that ends up with a tasty, clean wine that is enjoyed by palates the world over. Light, simple, fruit forward with zero oak, heck, it just finished it's fermentation only weeks ago. 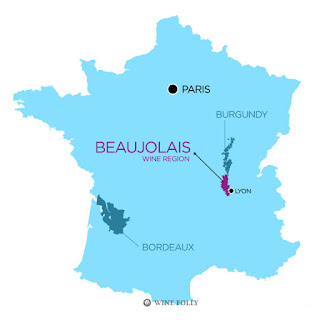 How is it made?

By law, all grapes in the region must be harvested by hand. The wine is made using carbonic maceration, whole berry anaerobic fermentation which emphasizes fruit flavours without extracting bitter tannins from the grape skins. Grapes are loaded into a large (on the order of 20,000-U.S.-gallon (76,000 L)) sealed container that is filled with carbon dioxide.

Grapes that are gently crushed at the bottom of the container by the weight of the grapes start to ferment, emitting more CO2. All this carbon dioxide causes fermentation to take place inside the uncrushed grapes (without access to oxygen, hence "anaerobic fermentation"). The resulting wine is fresh, fruity, and very low in tannins.

Can I afford Beaujolais Nouveau?

Even the price is unpretentious as most Beaujolais Nouveau is priced under $20!

What should I pair it with?

This is as simple and fresh as red wine gets so perhaps a nice warm beet salad, chicken, turkey, potatoes, green beans anything and everything that is lighter in fare. Tonight Joseph and I are having chicken pot pie from the St. Lawrence market, mashed potatoes and french green beans, of course. 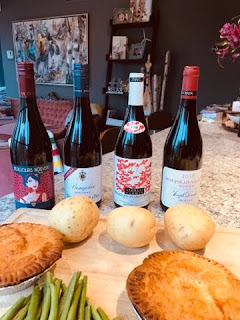 So is all Beaujolais the same?

No, No No! There are three quality levels in the region of Beaujolais, France!

Beaujolais AOC = Is the most extended appellation allowed to be used in any of the 96 villages, but essentially covering 60 villages, and refers to all basic Beaujolais wines. A large portion of the wine produced under this appellation is sold as Beaujolais Nouveau.

Beaujolais-Villages AOC = The intermediate category in terms of classification covers 39 communes/villages in the Haut Beaujolais, the northern part of the region accounting for a quarter of production. Some is sold as Beaujolais-Villages Nouveau. The terrain of this region is hillier with more schist and granite soil composition than what is found in the regions of the Beaujolais AOC and the wine has the potential to be of higher quality.

Cru Level Beaujolais AOC =  The highest category of classification in Beaujolais, account for the production within ten villages/areas in the foothills of the Beaujolais hills. Usually aged in some oak, these wines can age 5-10 years and should be treated with some light decanting and respect. You know it is a Cru Beaujolais because it will have the name of the Cru it came from on the bottle: 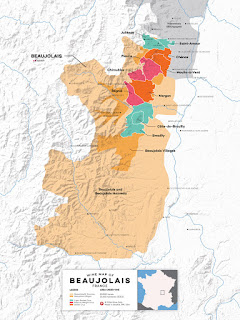 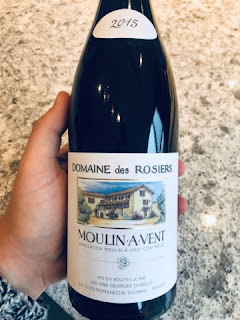 I won't even touch my 4 bottles of this fabulous 2015 Moulin-A-Vent from Domaine des Rosiers until at least 2019, if not 2020. When I do, I'll chill it slightly, decant it for 30 minutes or more and treat it with some TLC by pairing the perfect meal. 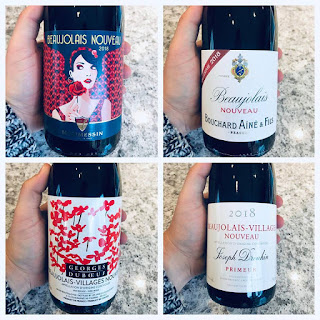 Grab a bottle of Beaujolais Nouveau or Beaujolais-Villages Nouveau (if you want a slightly higher quality) from the LCBO after work, pick up a chicken pot pie and have a cozy, casual night in.

Although, if you want to be in real french fashion, invite some friends over and gulp this wine down by the fistful with music and canapés to celebrate the first wine of the year, think of it as Wine Thanksgiving. When it's gone, it's gone! 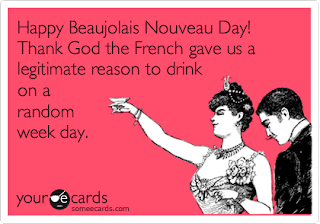 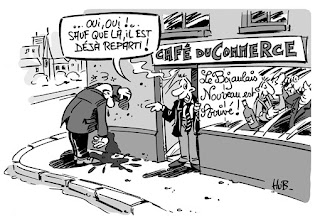 Hey Fellow Wino's I've got some new picks for you to try out from today's vintages release. 1.  Blue Mountain Gold Label Bru... 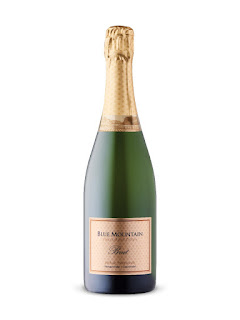